Director of the CNN Medical, Health & Wellness Unit | 5 years ago

Why I became a triathlete 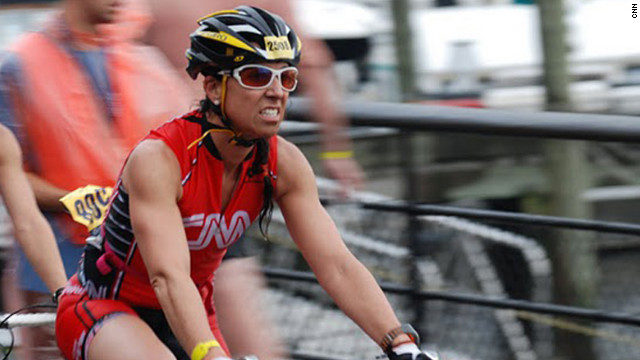 It started after I suffered several personal and professional blows between 1999 and 2002.

It was one thing on top of another, setting up the perfect emotional storm. First, my 71-year-young dad died after fighting non-Hodgkin's lymphoma. Then my father-in-law died of pancreatic cancer.

Following that my husband was laid off by his company after 17 years. Then I was laid off from my job after the dot-com bubble burst.

I had never been unemployed, nor was I prepared for both my husband and me to be out of work simultaneously. The physical and emotional toll this takes on one's mind and body is unreal, especially with two children in a New York City private school.

I thought I was going to have a nervous breakdown. After two days of my husband and me staring at one another in our modest apartment, I thought, I can either start drinking heavily, or I can do something productive with this time. I decided to go with the latter.

Every morning I woke up early, dropped our kids off at school, and walked to the local Jewish Community Center pool. There, I began jumping in with a wide variety of folks -- from moms who didn't need or want to work, to those hard hit by the recession (like myself), to senior celebrity retirees such as Jerry Stiller (father of Ben Stiller).

Roni Selig poses for a photo with her dad before his death. He died at 71 after fighting non-Hodgkin&#39;s lymphoma. 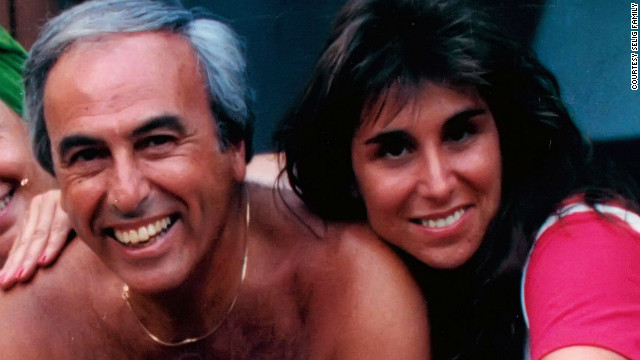 Roni Selig poses for a photo with her dad before his death. He died at 71 after fighting non-Hodgkin&#39;s lymphoma.

Roni Selig poses for a photo with her dad before his death. He died at 71 after fighting non-Hodgkin's lymphoma.

I started with slow freestyle laps, and used this solo time to plan my back-to-work strategy. It occurred to me that the mind needed to be trained like any other muscle in order to behave. I find swimming to be extremely meditative. The repetition of every stroke and every breath gives me an opportunity to think things through without any distractions. No wireless devices, no interruptions, only the sound of my breathing and the splashing of the water to contend with. I use this time to think calmly about difficult situations and reflect on my life in progress.

From the beginning these laps were mostly for the mental benefits. It didn't even occur to me that I was slowly becoming a potential athlete -- never mind a triathlete. Growing up, I had spent all my free time in the music and theater departments. I tried out for my high school's cross country team, but since there wasn't a girls team (this was before Title IX), I was it. It started a short-lived running hobby, which enabled me to do a few 10K races before I went off to college and gained the freshman 15. Up until this point I was pretty much, "Red rover, red rover, don't send Roni over."

Fast forward almost 25 years later -- it was kismet. I saw a flyer for Team In Training in a local deli in my Upper West Side NYC neighborhood. Really, what caught my eye was the leukemia/lymphoma charitable fundraising aspect of this national organization. They claim to be the largest fundraiser for research on the disease which killed my father.

TNT was now a gateway to what would become my saving solitude: an attitude adjustment.

TNT is known for training nonathletes like myself. Their goal is to raise funds and basically get participants across a finish line. I needed a goal too.

Timing is everything. After not finding the right working opportunity, I knew I had this other "job." I realized I am a person who needs routine, who craves accomplishment and camaraderie. I loved chatting with all types of people, some in similar situations and others who had this triathlon "thing" on their bucket lists. I wasn't really sure how it would all unfold, but I knew for sure, this was the kind of therapy I needed -- and it came in the nick of time.

I looked forward to every single workout. I felt an overwhelming sense of accomplishment after bringing on a good sweat or muscle soreness. I had to train regularly and raise money in memory of my father. I worked hard, waking up at 4:30 a.m. several days a week for almost a year. It was exhausting and exhilarating at the same time.

I took my swimming to another level, got a bike, and started running for the first time in 20 years. Let me say it again -- I was 40-something years old, and I was NOT an athlete.

My biggest obstacles resulted from pushing too hard, too soon. To this day, there is barely an injury I haven't met. From top to bottom: a torn retina (a freaky incident), saddle sore (biking too far on an unfit saddle), a fractured ankle (overuse), and broken toes (hit by another athlete in the pool). I had to learn to train smarter, not harder, but I loved training with a group all headed toward the same goal. It was energizing.

There are so many things in life that we have zero control over -- things like getting laid off or losing a loved one. This was the perfect recipe for a "control freak" like me. I cherished the process because it was the one thing I could control -- no one was going to step in and take it away from me, and the only sacrifice was sleep.

Many months later, there was only one week to go before the big 2002 New York City Triathlon. I was at a swim practice when we were asked to simulate the beginning of the race in the Riverbank State Park pool in Manhattan, where I had been training all year.

As we took off from the wall, I felt a hard push against my right foot. As you may or may not know, triathlon swimming is a contact sport. You cannot be afraid of getting whacked or swum over or kicked in the face. You must keep going.

We needed to swim 32 lengths in a 50-meter pool and do it in less than 40 minutes. I was determined to pass the test so I could race the following Sunday. As I swam tempo (race speed) pace, I felt my foot begin to throb from that smack. By the time I stepped out onto the deck, I couldn't put an ounce of pressure on my foot. I was in trouble.

The next morning I went to a sports medicine doctor, who X-rayed my foot and told me my right metatarsal was broken -- along with my heart. I bawled like a baby in the doctor's office. I couldn't believe my dream had just died.

Selig poses for a photo with her mom, who is now battling end-stage lung cancer. 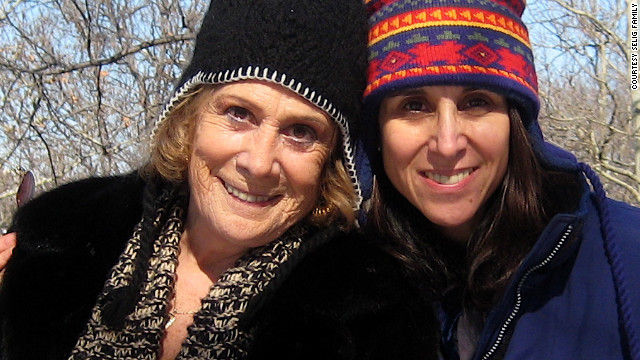 Selig poses for a photo with her mom, who is now battling end-stage lung cancer.

Yet a year of training had taught me nothing if not perseverance. I made arrangements to be pushed to a later TNT race in a nearby New York suburb. After my foot was completely healed, 10 weeks later on a sunny Sunday, I finally raced in the Westchester Triathlon.

Nervous as hell, I swam, biked and ran, and I was on the most natural high I'd ever experienced. Biking up the steepest hill -- known as Claire's Climb, named for a disabled young woman who would greet us at the top -- I was in tears, knowing that I had my dad on my shoulder and I had achieved my goal.

So many good things came my way during the course of this training process. I had finally found a job and had lost three dress sizes.

I'm now in it for the long haul. I continue to train through injuries and illness to figure out what workouts will benefit a lifestyle I endorse and encourage with all my heart. Almost 10 years later, I face a new sadness -- my courageous mother struggles with the final stages of a debilitating and horrible end-stage lung cancer.

Several weeks ago, she made the call herself that it's time for hospice. That same day, I decided it was time for a new goal.

In November 2012 I will be running in the New York City Marathon, a distance I once swore I would never be able to take on. For the next 10 months, as I pile on the mileage trying to avoid injury, when my legs begin to get heavy and my lungs burn (in what will be this 53-year-young body of mine), I will channel my mother's intense love of life, her bravery and her sense of independence and purpose.

At the end of your life, really, all you have is yourself. At the end of mine I will look back with no regrets and a long string of memories of how this one sport changed me, and so many other fortunate nonathletes, forever.

*Update: **Two days after this story was published, Roni's mother lost her battle with lung cancer. Roni continues to train in her mother's memory.*